I performed my own solitary Equinox ceremony yesterday for the first time in seven years. The Abramelin had taken down my massive world of GENGHIS KHAN’s — John Michael Greer’s — Circles of Power — hereinafter referred to as CoP — and I didn’t even notice, after over fifteen years and over thousands of hours of practice of a Cabalistic Golden Dawn system based in the theurgic work of the magickal eucharist and meditation on pretty much the entire Hermetic version of the Cabala. Nothing is COMPLEAT and this magick manual intended could not in 1998 have anticipated some of the crucial underpinnings of the work that might have helped its practitioners FUCKDICK THE COWS. It was not NOUNSed.

However, I had finished the entire Cabala and was now FREE. 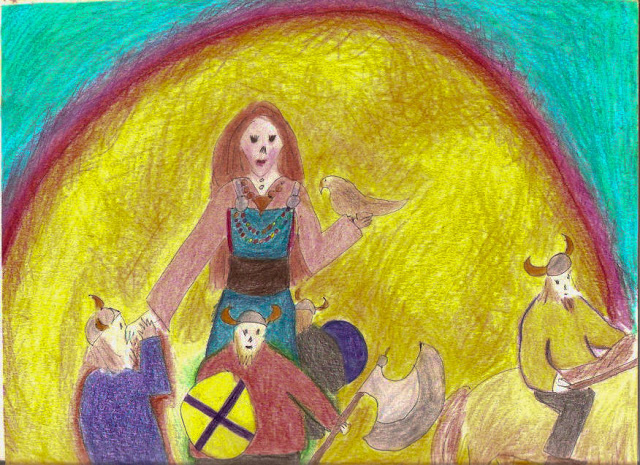 I should have noticed that Osiris had absconded but didn’t because I was involved in a completely different set of life circumstances and a different web of magick around me.

Yesterday as I walked away from the altars and back into the world, I could see the whole assemblage shining, the outer temple having been assumed, duly noted in The Book of Life, and remitted by The Company of the Adepts.

It is not always possible to know things, even when they are right in front of you.

When I first left Seattle in 2005, I decided to change some of my usual routines. The Eucharist for solitary use published in CoP — which is essentially the mystic repast performed by The Golden Dawn at the Neophyte Initiation and for the Equinox ceremonies — had been overdone. I performed it exactly in that form for two years, and the overplus of Osiris energy had made too much of my life into an afterlife, one without the customary pleasures of my human self and devoted solely to magick and theatre. It funded a great deal of both, but without allowing me to rest in the nice animal that I can be when I am just myself.

I then implemented the magickal eucharists of the Sephiroth of the Tree of Life, meditating my way through the entire Tree, and when I finished Kether, BAM. The Abramelin. Which wiped out the entire set of practices in favor of an ATR-ish world of Rosicrucian altars and petitions that didn’t work, divination that couldn’t divine, and a misguided and frankly enjoyable life consisting almost entirely of theatre a stone’s throw away from the Grand Lodges of the O.T.O., the Temple of Isis of the Golden Dawn Order I had been of, and the B.O.T.A., in whose shadows no doubt I worked as a weird Hermetist who was nice but uninformed and didn’t do the Enochian magick that causes AIR to inform or the B.O.T.A. that causes Hermetics to be part of EUROPE in whose magick I was inveigling to remain.

So here we are, putting all of the old pieces back together after what looks like a hurricane and in some ways I don’t even recognize my own energy.

It was two days after Rosh Hashanah concluded and I plopped down in front of the electronic broadcast of the O.T.O. Horizon Lodge’s Equinox to see a gorgeous altar and the tarot key THE FOOL on prominent display: WHAT A REFRESHING SWASTIKA!

Solitary work often tracks on lodge work and vice versa, and my work was clearly shouted out to in some synchronicity. The BLACK LIVES MATTER riots have hit the Pacific Northwest particularly hard, and one member of a white supremacist group was killed in a confrontation in Portland. This conflict was no doubt the focus of this offering, wherein the lodge performed a healing and a cleansing of the darker energies of race conflict in the area and in our work. At the same time, I could not help but notice how some of the notes of the rite were echoed in my own work of this blog that is most fully healed under a Thelemite umbrella.

I had always intended to do THE WHOLE ENCHILADA and had saved THE OLD BOY for last because he was so immense and so very fine. When I read through his work, I comprehend a lot of things in different words because of such extensive work of western art magick — U HEAR GENGHIS KHAN and his world of swords that are physical plane objects that can and do defeat burglars! — and I do not want to lose my own form. I need to go slow. That is all.

We don’t say this, but at a certain point, a magickal practice can belong to a territory. I may think that I am working in Cabalistic Golden Dawn by performing thousands of magickal eucharists, but this practice is so central to Thelema and so many more Thelemites perform it that it really does belong to Thelema, as does The Lesser Key of Solomon, as does The Abramelin, even if they were originally ensconced in Golden Dawn, which I have practiced in lodge form for many years as well.

It is not possible to magically extricate them from this egregore or this world, nor is it really fine to stand completely apart. The Lodge and the Order have to FUND these practices, and there are many notes in Thelema that can expand one’s capacity in a magick YOU HEAR PAIMON that eventually leads on to insanity. WE DON’T DO JUST THE DEMON WORK. NOBODY KNOWS HOW.

You have to work the Norse work as well, because the DEMONS are the old gods of Europe.

WE FIND YOU IN DRUIDRY, says GENGHIS KHAN.

I don’t think the Thelemites are really going to be top notch ceremonial magicians if they do not FIND John Michael Greer. That is another DEMON, the one I chose, but there is no choice. THE OLD BOY is a part of the wyrd as well. But Druid I would not.

I’m still a Jew, so I FIRED MYSELF.

With this much eucharisting — and the demons — and the lodges — the work can be sober — and of fairies who WHIPPET. I am trying to re-open the road to a magick that can be done with greater safety and the vision quest intact. 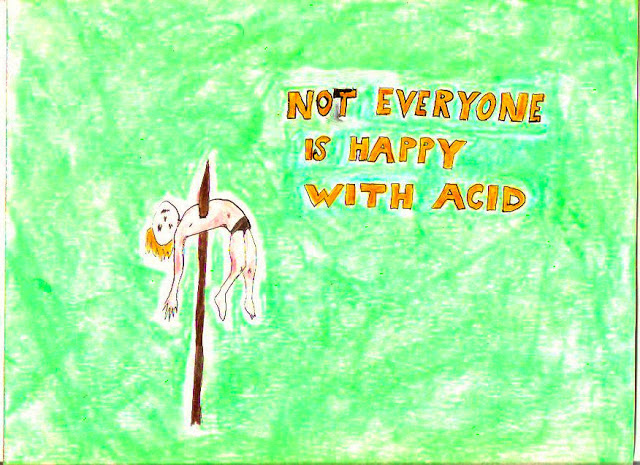 A shout out to the kind souls in the Norse world who have helped me as well, and a promise to be less ill-behaved. OBEDIENCE SCHOOL MAYBE, WHIPPET.

THE OLD BOY COULDN’T BEHAVE, EITHER.

Of special note is George McNew who was the only person in Asatru who would pick up the phone when the DEMON CABALA called. He gave me a wily run down on how difficult it was going to be: the white supremacy, the homophobia, the BDSM, the Holocaust that still goes on in the deep worlds, the energy of the prison industrial complex. He also told me that he has Parkinson’s. I have almost had heart attacks in this work and know how destructive the electromagnetic magick being done today is. If magick can make candle flames rise six inches from a normal candle, then we are dealing with atomic, not just subatomic work, and the wealthy who are pushing the new sorcery have world-class training and power workers, while others are merrily involving themselves with trying to get the old work back in reasonable and humanitarian ways. He made very clear to me that he was not racist but that the European body energy work is part of their mission. I respect that and I respect the ever-changing situation of race in magick generally today, and being mixed race is a WHIPPET damnation. I told him that I was trying to come home to Western Washington, the only place I have ever been lucky. Six months later I was home.

RAM said they had prepared a good death for me, then I decided to open the portal and it was kind of annoying when I then had to be arranged for a modest life as a WHIPPET.

Greg Wellman gave me a number of pointers for books, places, and other sources to investigate, which I began before lockdown and will no doubt continue. There is a lot to be said for deep knowledge of this vibrant tradition with all its thorns.

Thelema CROWLEYANITY embraces many magickal worlds, and the wreckage of the WWII should not keep THE WEST from reintegrating what we can about the German work which is so valuable to the tradition.

Toward an Ecological Spirituality

Occultism for Weirdos: Grind It, Brew It, Sip It

Ananael (The Secrets of Wisdom)

The Blog of Baphomet

a magickal dialogue between nature and culture